This industry can seem boring, very very boring. The CFPB, financial reform, and marginal differences in statistics must always be coupled with a few juicy stories to keep us awake. Scandals like Fannie Mae's new office, another cyber-scare at Equifax, or even an honest explanation for why someone joined this industry in the first place are all reasons to rejoice that it's Friday in the mortgage industry. 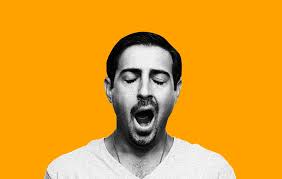 At least it's Friday!

"Ken Perry was awesome, he kept it light but we talked about serious subjects"
"Thank you Ken, for making what would be very dry material entertaining.  I thoroughly enjoyed this class. :-)"
"11 out of 10.  A+ job."
"Amazing format!  Thank you for what you do."
Are you ready to enjoy your mandatory CE?  We think once you experience the Knowledge Coop difference you'll look forward to CE each year as a chance to improve on what you do, instead of feeling like its just another hurdle to jump over.
Check out the classes coming up and register on the website in 2 easy steps!